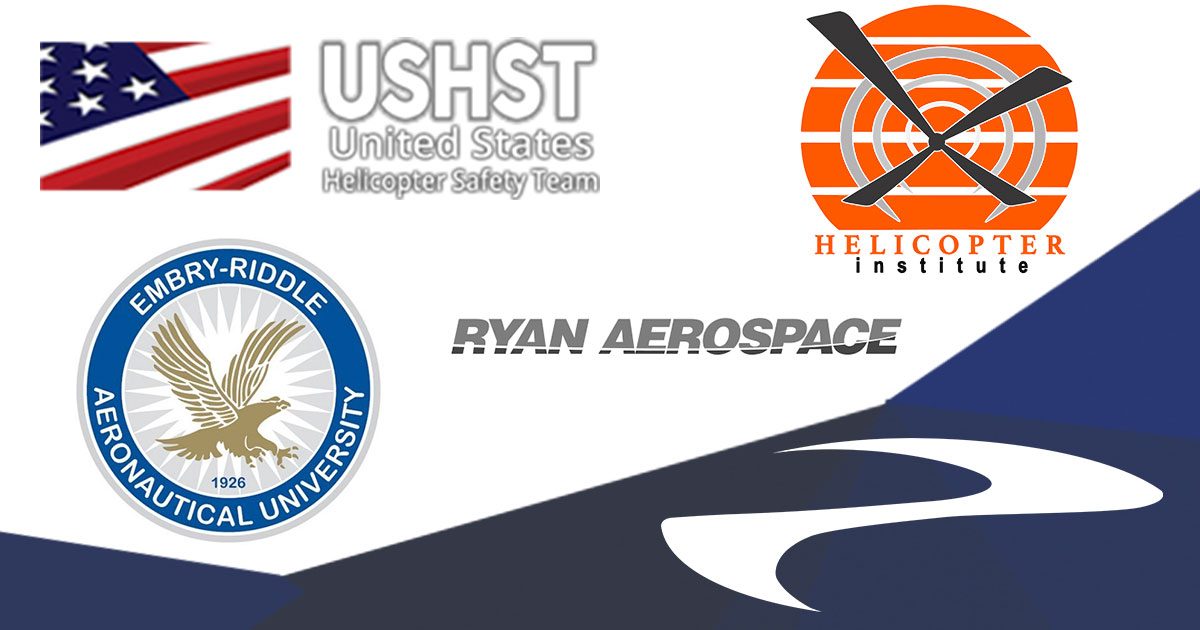 WASHINGTON DC – For helicopter pilots, the depth of their decision-making abilities can mean the difference between a safe arrival and a fatal accident. As pilots accumulate different types of flight experiences, they can make better decisions before their flight occurs and while they are flying the aircraft.

The U.S. Helicopter Safety Team (www.USHST.org) is supporting this concept as it teams up with Precision Flight Controls, Ryan Aerospace, Embry-Riddle Aeronautical University and Helicopter Institute. Precision Flight Controls and Ryan Aerospace have supplied the Embry-Riddle campus in Prescott, Ariz., and Helicopter Institute in Ft. Worth with HeliMod Mark III helicopter simulators that include virtual reality head-mounted displays.

The simulators will be using scenario-based training so that helicopter pilots can rehearse aeronautical decision making related to loss of control-inflight, unintended flight in instrument meteorological conditions and low altitude operations. Embry-Riddle and Helicopter Institute will develop the training scenarios for the virtual reality simulators. They are taken from detailed scenarios created by the U.S. Helicopter Safety Team in its Recommended Practice – Simulation Training for Aviation Decision Making. The training scenarios are scheduled to be running for pilots to use this summer.

UIMC and 56 Seconds to Live

A portion of the training deals with unexpected weather and visibility issues and throughout this year, the USHST is placing a strong emphasis on the fatal topic of Unintentional Instrument Meteorological Conditions involving helicopter operations.

U.S. accident statistics reveal that a helicopter pilot operating under Visual Flight Rules who unintentionally continues flight into IMC will very likely lose control of their aircraft and be dead within an average of 56 seconds. To help reverse this alarming and unacceptable trend, the USHST has created a video, “56 Seconds to Live,” aimed at saving lives and making sure that those 56 seconds never occur.

The 56-second time period is based on a USHST study of 221 fatal helicopter accidents that occurred from 2009 to 2019. Unintentional IMC was one of the top causes in 38 of the fatal accidents. Analysis

of these events determined that the median estimated time from UIMC entry to the fatal crash was 56 seconds. The video offers a graphic depiction of how those 56 seconds feel to a desperate helicopter pilot.

The U.S. Helicopter Safety Team is a government/industry cooperative group of volunteers formed to improve the safety of civil helicopter operations in the National Airspace System. The USHST is a partner of the Vertical Aviation Safety Team, which focuses on worldwide helicopter safety.

Click on the hyperlink for additional information about the partners in the simulator initiative.