Learning how to recover from an upset is a crucial part of pilot training that can prevent more serious loss of control (LOC) incidents. In this guide, we’ll discuss what an aircraft upset is, how they occur, and how to train for these kinds of events through the use of Upset Prevention and Recovery Training (UPRT).

The FAA defines an upset as an unintentional deviation from the following parameters:

Generally speaking, the aircraft is considered to be upset when it unintentionally meets any of the above criteria. However, an aircraft upset can quickly turn into Loss of Control ( LOC) if the pilot doesn’t act promptly to resolve the situation.

An aircraft upset and LOC can have a few overlapping signs, making it difficult to pinpoint exactly when an upset can turn into LOC. They can be caused by the same events, such as turbulence, pilot distraction, or equipment malfunction. For instance, a stall can occur during an upset and then transition to an LOC incident.

Additionally, certain events that don’t quite meet the FAA’s parameters/criteria but are still atypical for the aircraft are referred to as “unusual attitudes.” Unusual attitudes are deviations from the ideal conditions that require pilots to adjust the pitch or flight speed, but they aren’t quite severe enough to be defined as an upset.

The most important skill in UPRT is “PREVENTION”. Prevention is a skill that is developed through experience. The first step in recovering from an upset is identifying what kind of upset has occurred. Pilots need to determine if the aircraft is pitching up or down and if there’s a bank. They will also have to check/determine if the plane is inverted, or has surpassed a 90° bank.

Next, the pilot will have to restore the pitch and bank to the normal flight envelope. For example, if a plane was pitched up 45° (which is far beyond the standard 25°), and banked at least 20°, they should apply controls to bring the nose of the aircraft back down. This would typically involve pushing the yoke forward and slowly restoring the bank angle/leveling the wings.

Pilots should allow the nose to fall through the horizon, meaning that they should unload the G (move the yoke forward) sufficient to bring the nose down until it “slices” through the horizon (if still banked) and then when flying speed has been regained, with wings level, bring the nose up to recover and arrest the descent. . To recover from a pitch down/nose low upset, bring the nose up gently to avoid causing a secondary stall. A secondary stall occurs when the pilot attempts G load the wing (pull too much back pressure) too quickly, either stalling because the airspeed is insufficient or possibly exceeding the certified g-force that the aircraft is designed to tolerate. In an upright nose low condition, the pilot would simply make raise the nose and small power adjustments while monitoring airspeed. If the aircraft’s is nose low and the airplane is inverted, the pilot must evaluate the airspeed, roll upright and bring the nose up to a level flight attitude while adjusting power as required to produce proper airspeed. For example, if the aircraft was nose low at a 135° bank to the right, the pilot would unload the G force, roll the aircraft the shortest distance (left in this case) back to the upright position, adjust power as needed and apply back pressure to bring the nose up to level flight attitude. INVERTED FLIGHT IS NEVER INTENTIONALLY PERFORMED IN AN AIRCRAFT THAT IS NOT CERTIFIED FOR AEROBATIC FLIGHT.

Generally, an instructor will have the student pilot close their eyes during a flight simulation, place the plane in an upset situation, and then observe the student attempt to recover the aircraft (simulator). In a flight simulation exercise, the student should communicate to their instructor whether the pitch is up or down, banked to the left or to the right, and if the aircraft is inverted or not. Then, they’ll practice applying the correct controls to return the aircraft (simulator) back to its normal envelope (upright). 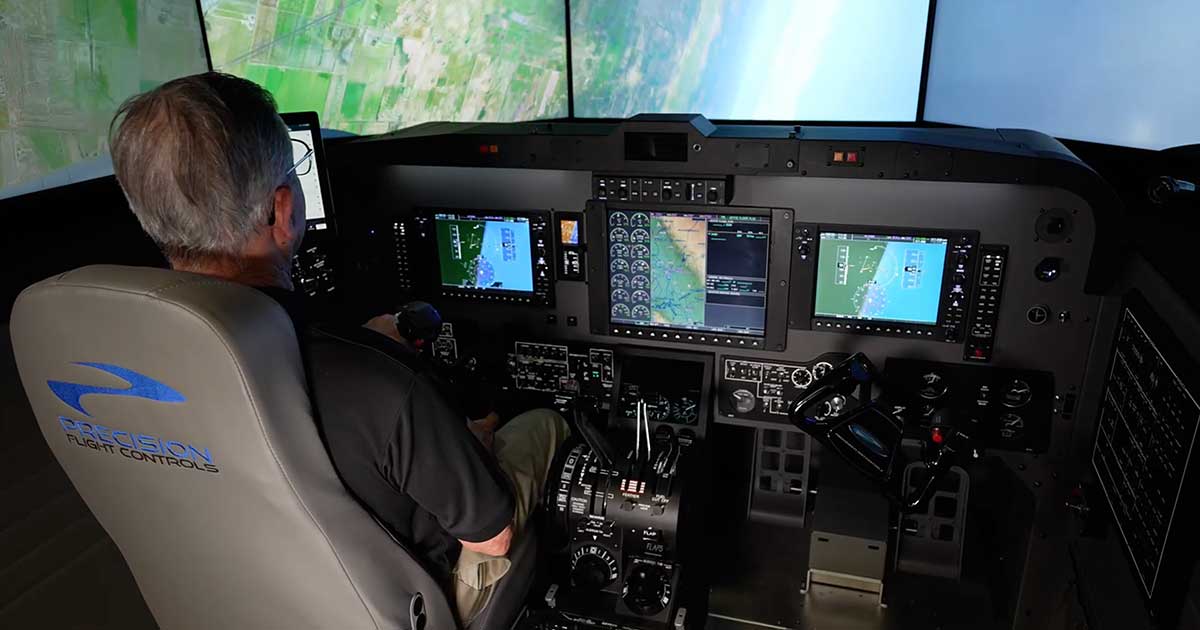 How does an aircraft become upset?

There are countless factors that could put a pilot in this situation, ranging from simple mechanical issues to complete engine failure or just simple inattention.

A pilot flying in the clouds can easily get distracted by various things apart from the aircraft attitude. In some weather conditions, the aircraft may bounce around a little, causing the pilot to realize that the aircraft is upset. It could be a situation where the nose is high or low or banked or approaching a stall. In more severe cases, a pilot may enter what is known as a “death spiral.”

For instance, a pilot in a small aircraft can be over a hundred miles behind a much heavier plane and still be affected by its wing tip vortices. When an aircraft’s wingtips slice through the air, it can create horizontal wind spirals (called vortices) that may be capable of flipping over a small plane within seconds. Several accidents have occured due to these unexpected bursts of wind caused by larger aircraft, and they can occur at any altitude.

Weather conditions can also lead to upset conditions. If a pilot flies into the path of a thunderstorm, they can encounter strong updrafts and downdrafts. A pilot approaching to land may lose airspeed while turning base to final, only to encounter an unexpected gust of wind which pushes the plane beyond its maximum traffic pattern bank. These are just a few situations where a pilot can easily find themselves in an upset situation.

Nature, larger airplanes, or loss of situational awareness can all contribute to an upset situation. However, an upset is most likely to occur in IMC (clouds) or what is called VFR into IFR where the pilot enters cloudy conditions inadvertently.

Serious threats, such as engine failure, are also in line with LOC because they can result in an upset. LOC usually occurs when a pilot lets the airspeed get too low, causing the plane to stall or spin. During an LOC event, the pilot must immediately apply control inputs and learned procedures to restore control and prevent LOC. Flight simulators are the right tool for learning and practicing a high risk procedure in a no-risk environment.