Preparing for Loss Of Control (LOC): What Pilots Need to Know 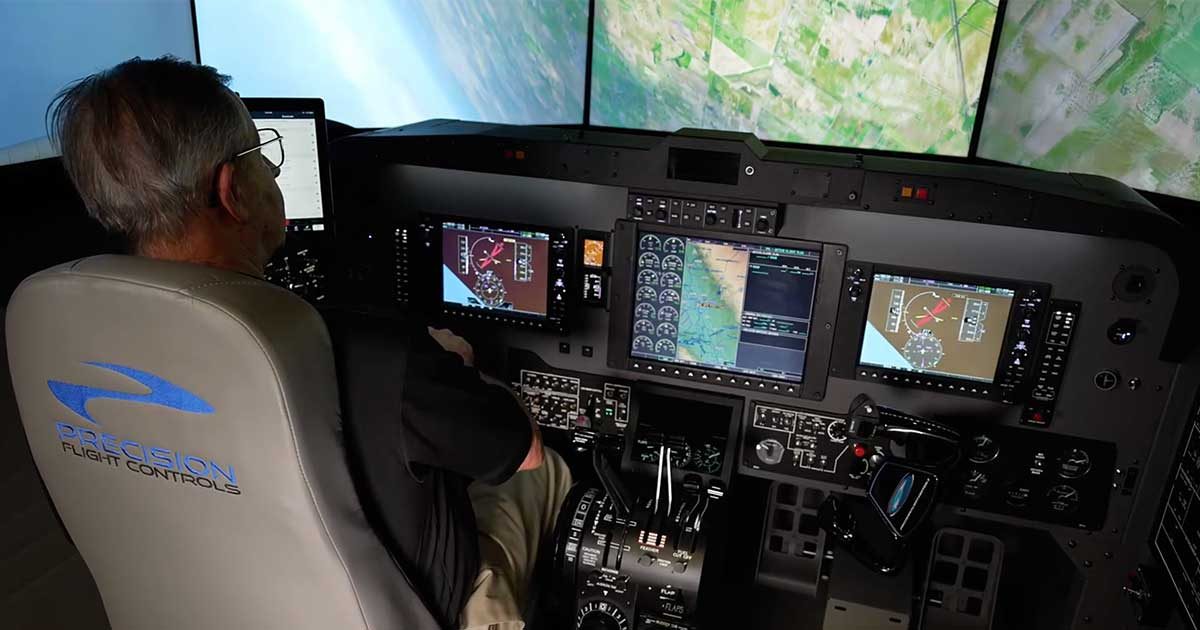 Loss of control (LOC) is a potentially dangerous scenario that can occur at any point during flight. According to the FAA, LOC is the leading cause of most accidents in general aviation, so it’s crucial for pilots to understand:

Generally speaking, LOC happens when a pilot can no longer control the path of their aircraft vertically or horizontally. The aircraft may stall mid-flight or start yawing, regardless of the pilot’s inputs. For example, a stalled plane can suddenly drop and become unresponsive to the pilot’s attempts to add power or return to its former attitude and  altitude. When this occurs the pilot has “Lost Control” and It might feel as if the aircraft has a mind of its own and is doing whatever it pleases.

Understandably, LOC has the capability to paralyze a pilot with fear and indecision. The feeling of powerlessness can overcome them, so they might act improperly or react to the situation when it’s tragically too late.

This is why the primary goal in preventing LOC is to understand what can lead to these types of events in the first place. Then, we’ll discuss how pilots can safely prepare and train for LOC incidents.

Although LOC can occur at any point during flight, it’s most common immediately after takeoff and during the approach and landing phase. Based on data collected from the Federal Aviation Administration (FAA), these appear to be the times where pilots have the highest incidence of loss of control.

Aside from the particular procedures associated with takeoff  and approach and landing, other causes of LOC can include overloading an aircraft beyond its maximum gross takeoff weight or allowing the airspeed to decay or slow down too much. When a pilot is in a traffic pattern around an airport and preparing to descend for landing, for instance, it’s possible for them to lose too much speed on base turn and  the final approach. If the aircraft’s speed is allowed to fall below the minimum airspeed phase for that specific phase of flight  it may stall if not quickly corrected. The easiest way for pilots to prevent this, of course, is to make sure they keep their airspeed up.

In other instances, pilot complacency and distraction can lead to LOC. For example, imagine that a pilot loses power on one engine during an approach. The most immediate issue is following the appropriate procedures to continue to fly the aircraft, maintain speed, reduce drag and safely land the aircraft. As the pilot is dealing with this, it can quickly deteriorate to loss of the airspeed, overbank, uncoordinated flight  or other critical indicators. Without adequate training, this can lead to a LOC situation where the engine fails and the aircraft stalls. Loss of control also occurs without any engine malfunction due primarily to distraction, lack of recency and insufficient training in preventing LOC.

Finally, distractions can range from radio chatter to unruly passengers to other issues with the aircraft. The pilot loses focus instead of staying alert and vigilant, which may cause a simple mistake to go overlooked and escalate to a loss of control.

In most cases, an LOC incident requires a pilot to conduct a basic stall recovery procedure. This procedure is supposed to reduce or “unload” the g-forces on the aircraft in order to return it to its normal flight speed, attitude and altitude.

Despite its name, however, a basic stall recovery can be rather complex. The procedural steps a pilot has to take can vary depending on the circumstances of the stall, such as the bank angle or how far the plane has dropped in altitude. The pilot must monitor the speed of the aircraft, the throttle, the direction of the nose of the plane, and the flight control position.

Responding to a stall, a pilot will often push the yoke forward, close or  adjust  the throttle, and bring the nose of the plane down in order to reduce angle of attack and regain flying speed. This process also requires the pilot to incrementally increase power as needed, level the wings and then raise the nose of the plane to reestablish level flight.

Today, pilots can safely practice recovering from all kinds of different LOC scenarios without endangering themselves or others in an actual aircraft. Instead, pilots use flight simulators, which are meticulously designed to emulate real aircraft and provide the most realistic experience possible without actually putting the individual or equipment  at risk. One of the most highly regarded flight simulator companies, Precision Flight Controls, offers both fixed wing and rotary wing flight simulators that can help pilots train for accelerated traffic pattern stalls, power-off/on stalls, departure stalls, aircraft upsets, and other real-life scenarios that frequently deteriorate into LOC.

As an example, one pilot training program uses flight simulators to show trainees what can happen if they perform a certain maneuver while allowing the airspeed to decay. During the simulation, the instructor may offer advice or remind students of the proper procedures or pause the simulator to explain a certain concept further. In other cases, an instructor might prepare a simulated LOC event to see how the pilot will react in real time on their own. Here’s how an LOC flight simulation might occur: